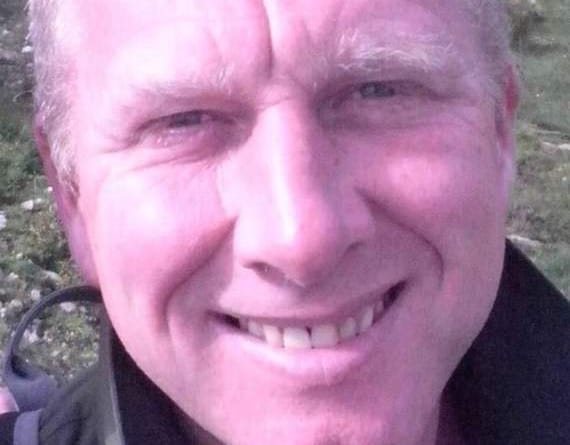 A VAN driver with eight previous convictions for using a phone while driving killed a cyclist on the A31 at Bentley by running into the back of him at 60mph seconds after reading a text message, a court has heard.

Christopher Gard, 30, of Linnets Way, Alton, broke down in tears in the dock at Winchester Crown Court on Monday as he admitted causing the death of dad-of-two Lee Martin by dangerous driving in August last year and was jailed for nine years.

The defendant was also disqualified from driving for 14-and-a-half years, backdated to April 2016, but will be allowed to drive again subject to passing an extended driving test.

Mr Martin’s tearful younger brother, Darrell Martin, 47, glared angrily at Gard in the dock as he told of his loss caused by the "totally avoidable" death, and the cyclist’s family later released a statement criticising magistrates for failing to disqualify Gard from driving after eight previous convictions dating back to 2009.

Grade II-listed Brightwell House has been 'trashed' on Waverley's watch

Hedge planted by volunteers at Will Hall Meadow in Alton

The family’s statement read: “Only six weeks before Lee’s death, [Gard] was in front of magistrates pleading hardship if he lost his driving licence. The magistrates chose to allow the defendant to keep his licence. The result of this lenient approach to such a serious offence was the death of Lee Martin.

“While Lee’s death is clearly the fault of the defendant, we feel that the legal system is somewhat to blame. The leniency shown in this case on the defendant, and the lack of understanding of the serious nature of using a phone while driving, has resulted in Lee Martin’s death. While this carries on there will be more families in this tragic situation.”

Charlie Gabb QC, prosecuting, also read out a victim impact statement by Mr Martin’s wife, Jo - whose two daughters were aged 12 and 14 at the time of their father’s death - during the one-day trial in which she described her husband as "the kindest man I ever dated, well read and very knowledgeable".

She added: “I have had panicked thoughts about who is next to die. My whole world has been robbed of its foundations. The senselessness of what happened is so confusing for all of us. After ignoring so many warnings about the actions.

"We have had many months of sickening uncertainly as well as the trauma. Our future has been stolen from us, every day we think of Lee and miss him.”

Judge Susan Evans QC was told that 48-year-old Mr Martin, from Basingstoke, was taking part in a time trial with the North Hampshire Road Club at around 7.30pm on August 12 last year when he was thrown into the air after the white Ford Transit van crashed into the back of him at 60mph.

Emergency services rushed to the scene on the eastbound carriageway of the A31 just north of the Bentley slip road but were unable to save Mr Martin, who was taken to hospital but died from his horrific multiple injuries.

Mr Gabb said: "The defendant had at least nine seconds of view, had he cared to look and see Mr Martin on the road. It is quite clear that Mr Gard did not move an inch in his van until he was effectively upon Mr Martin.

"There is not a shred of criticism from any witnesses to the manner of Mr Martin’s cycling at the time. A witness was waiting for Mr Gard to pull out and she could not really understand why he was not pulling out when she saw him."

Gard falsely told police in an interview that he had stopped in a lay-by to let his young son urinate by the side of the road when he sent and received texts he had actually composed while driving. It later transpired that Gard deleted these messages from his phone in a bid to hid them from police while emergency services were at the scene.

He also told officers that he was adjusting his son’s child seat seconds before he struck Mr Martin, who was thrown in the air and hit his front windscreen, while his bike was dragged below the van.

And after his arrest, the court heard that Gard asked for a second autopsy on his victim’s body, delaying his funeral for weeks and continued to deny the charge made against him after police analysed his phone.

Mr Gabb explained Mr Martin’s trial bike had a computer which was used to reconstruct the incident accurately, and he read out the "inane" texts exchanged between Gard and a friend seconds before the crash - the latest of which was read by the van driver just eight seconds before the impact.

Ian Bridge, defending, told the judge: “He [Gard] wished he could go back to the magistrates court and want them to bang his head so hard that he would realise how dangerous it was to use a mobile phone while driving.

"It could have been anybody. He will look back now and realise how stupid he has been for not realising how dangerous his behaviour was and the terrible consequences it has had for the Martin family.

"They are at the forefront of his mind and they will live with him and his family."

Addressing Gard, Judge Matthews said: "What happened has been utterly devastating on all of them and the effect on his wife and his two daughters, aged 12 and 14, cannot be put into words.

"Not only have you killed Lee Martin but you have put Jo Martin and the whole family through that when you knew the truth all along but you did not have the courage to face up to it until a short time ago.”

Gard can only be considered for parole after serving half of his nine-year sentence.

Rob Heard, of Hampshire Police, added: "The majority of people know they should not be using their phone while driving but appear not to understand what a huge distraction it is and what a risk they are taking. This terrible collision just shows the consequences of using your phone while driving and how it can ruin lives.

“It is a totally unacceptable risk to take. Gard had been given many opportunities to change his ways and still took the risk, causing a totally innocent person to lose their life.”